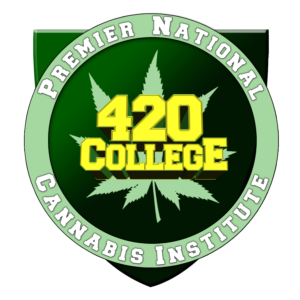 You probably thought the War on Drugs had ended with cannabis legalization. It didn’t. As a socio-political tool to manage the accumulation of power, it is still alive and active.
The identification of certain social groups with certain drugs has long been a way of legally controlling the political power of those ethnic and civic groups. Anti-opium laws were directed at
the Chinese. Anti-marijuana laws in the Southwest were directed at Mexican laborers and immigrants. Anti-cocaine laws were directed at southern African Americans. Such laws have
kept these groups of people fighting “The Man” rather than building and growing businesses to support their communities.

An example of a glaring political use of drug laws to control voting groups happened during the 1968 presidential campaign of Richard Nixon. Major obstacles to Richard Nixon’s election were
the anti-war hippies and the Civil Rights Movement. Nixon’s famous “dirty tricks” campaign team got to work painting hippies as marijuana-crazed communists, and civil rights leaders as heroin
shooting degenerates. In 1972 Nixon formally declared a War on Drugs, which allowed him to arrest political leaders and monitor their organizations under the guise of curbing drug gangs
and crime. Anyone disagreeing with President Nixon was surrounded by legal surveillance and restriction. They were made powerless and were excluded from participation in economic
opportunity.

Using the law as a way of controlling power and economic opportunity allows special interest groups within government and business a legal way to remove troublesome thought leaders
from a community by weaponizing the law. Political challengers could be removed or discredited using these War on Drugs tactics. Even after cannabis has been legalized, the same tactics are being used to favor wealthy corporations in the awarding of lucrative cannabis industry licenses.

Qualified community entrepreneurs are being overpowered by Big Weed and greed.  There are too few licenses available across all categories. They cost too much money for only
an application. The process is too slow and confused causing many months of delays during which the applicants must pay rent and maintain dispensary, manufacturing, cultivation, and
distribution facilities they might never receive a license to use.  If you are a mega-million dollar exchange-traded cannabis corporation, these delays are only annoying.

For the people supposedly being helped by the Social Equity Programs, such delays wipe out life savings and destroy dreams of getting out of the shadows and going legal. The original War on Drugs was actually a War on ethnic and non-Republican political groups. It lives on today as a brazen socio-economic class war designed to deftly exclude everyone but
Big Weed by making the qualifications for application and the award process too onerous for anyone else.