The June issue of National Geographic on marijuana features an in-depth look at the science and medicine of cannabis that’s guaranteed to open a few minds.

NatGeo hangs out with the discoverer of THC, Raphael Mechoulam, who reports: “We have just scratched the surface … we may well discover that cannabinoids are involved in some way in all human diseases.”

The magazine goes inside a 20,000-plant grow in Denver, and also interviews a biochemist who is studying the plant’s anti-tumor properties:

“… tumors in a third of the rats were eradicated and in another third, reduced. …’The problem is,’ he says, ‘mice are not humans. We do not know if this can be extrapolated to humans at all.’”

And NatGeo profiles some medical marijuana refugees in Colorado who are there treating their daughter’s intractable seizures.

“Meagan experimented with high-CBD oil. The seizures all but stopped. She weaned Addy off some of her other meds, and it was as though she’d come back from a coma. ‘It sounds like a small thing,’ says Meagan. “But’if you have a child who smiles for the first time in many, many months, well, your whole world changes.’

By early last year the Patricks had made up their minds. They would move to Colorado to join the movement. ‘It was a no-brainer,’ Meagan says. ‘If they were growing something on Mars that might help Addy, I’d be in my backyard building a spaceship.’”

The piece concludes with a portrait of a geneticist assembling the raw, unsorted code of cannabis DNhA into its proper order.

“‘… with this cannabis work, the science will not be incremental. It will be transformative. Transformative not just in our understanding of the plant but also of ourselves—our brains, our neurology, our psychology. Transformative in terms of the biochemistry of its compounds. Transformative in terms of its impact across several different industries, including medicine, agriculture, and biofuels. It may even transform part of our diet—hemp seed is known to be a ready source of a very healthy, protein-rich oil.’Cannabis, Kane says, ‘is an embarrassment of riches.’”

How To Open Medical Cannabis Dispensary
Comments are closed. 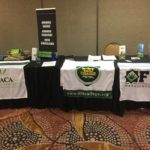 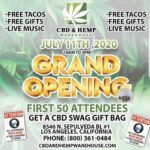