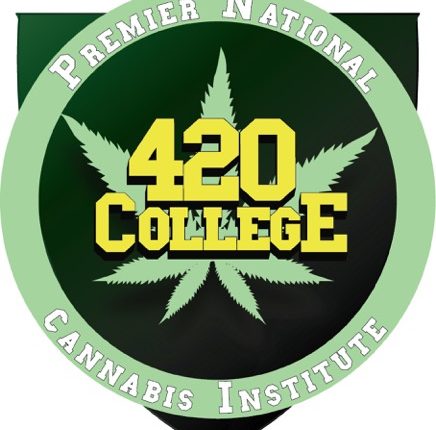 Internal Revenue Service and Drug Enforcement Administration agents raided
Oaksterdam University, which describes itself as “America’s first cannabis
college.” It was also the center of the 2010 campaign to legalize marijuana
in California.

Agents also raided Lee’s home and the former site of Lee’s medical marijuana
dispensary Coffeeshop Blue Sky, which has been operating as an underground
pot club.

Agents entered Lee’s home with guns early Monday morning, said Dale Sky
Jones, chancellor of Oaksterdam. Lee, who uses a wheelchair, was detained
for a few hours Monday morning at his home and then released, sources said.
Four marijuana nursery workers were detained at Oaksterdam. Barnes confirmed
that five people were detained, but said that no arrests were made.

The raids come as Lee’s battle with U.S. Attorney Melinda Haag escalated.
Last fall, Haag ordered Lee’s dispensary, Coffeeshop Blue Sky to move
because it was too close to a school, as the Bay Citizen first reported. But
instead of closing the dispensary, as many other pot club owners have done,
Lee moved it first two doors down and then later into the building where the
Oaksterdam museum is located.

Barnes declined to offer further comment, saying the warrants were under
seal.

Protesters gathered outside Oaksterdam as the operation continued into the
late morning. They chanted “Free Richard Lee” and screamed in the faces of
the agents. One even called the Oakland Police Department to report that a
robbery was in progress at the university.

Jason Overman, an aide to Oakland City Councilwoman Rebecca Kaplan,
denounced the raids outside the university.

“If the federal government has extra resources in Oakland, then they should
use them to get the illegal guns off the streets that are actually killing
people,” Overman said.

Steve DeAngelo, who runs Harborside Health Center, the largest dispensary in
Oakland arrived on the scene to lend support to his sometime rival Lee. He
said the raids were purely political, targeting Lee because he had led the
effort to legalize marijuana in 2010 with Prop. 19.

—
You received this message because you are part of the SaveCannabis group.

To post to this group, send email to
savecannabis@a2c2.us

EMAIL AND PHONE ONGOING SUPPORT:
You can always call or email 420 College staff, faculty or instructors if you want further assistance, we’ll do our best to answer your questions all for FREE!

You always have access to the online forum and the Alumni Online Campus where you can network with other 420 College grads.

At the end of your consultation
you’ll walk away with a medical marijuana delivery business
GUARANTEED!!!

Sessions are designed to help you start a medical marijuana delivery service, collective cultivation garden and grow your service business – We can scheduled these consultations for you – at anytime.

Any question is a good one – let’s get you started, with ALL the facts!

We will openly discuss …

ALL the legal requirements and relevant paper work required to start and run a legal medical marijuana business in California.

We will cover how to operate your business legally and safely so that you NEVER run the risk of breaking the law and have the best chance at delivering quality medicinal materials, consistently, to your own co-op, collective, club or for your own delivery service patient members.

We’ll give you all the paper work needed to start RIGHT AWAY – as soon as you are ready* – in the 1-On-1 counseling session. You will have direct contact with 420 staff that will guide you through document completion and filing – so you get it right – the first time!

Training ON-SITE – AT YOUR LOCATION:

We can come to you no matter where you are in California.

Outside of Central California (Fresno, CA) please add a flat rate of $100, per day, to cover staff travel expenses.

Patients with Medical Marijuana Registry Cards: Not Safe from Police?