Can CBD Oil Relieve The Symptoms Of Psoriasis?

Can CBD Oil Relieve The Symptoms Of Psoriasis? 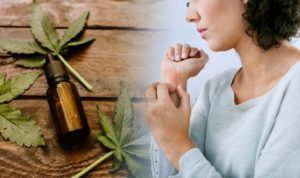 Psoriasis is an inflammatory disorder that affects the immune system. Psoriasis sufferers’ immune cells become dysregulated, resulting in red, scaly areas of skin and widespread inflammation. With all of the buzz around cannabidiol (CBD), one of more than 80 chemical compounds found in the cannabis plant, it’s reasonable to ask if CBD oil might assist with psoriasis symptoms.

Usage of CBD oil for psoriasis as a treatment

Despite the availability of several effective topical and systemic psoriasis therapies, many patients still experience persistent itching and suffering. They also have to deal with the stigma and psychological effects of having a visible skin disorder. It’s hardly surprising, however, that individuals suffering from this condition have turned to a range of alternative treatments, including cannabis-based medicines like CBD.

However, it’s a safe assumption that cannabis’ potential psychological (e.g., anxiety reduction) and anti-inflammatory benefits might assist relieve the illness burden associated with psoriatic disease. While there is anecdotal evidence that CBD oil, with its broad anti-inflammatory qualities, can help treat an autoimmune condition that affects 7.5 million people in the United States, studies are however, limited.

Cannabis-derived medications an CBD oil for Psoriasis may assist psoriasis sufferers with particular concerns like discomfort, itching, or difficulty sleeping minimize the negative impact these symptoms have on their lives. Medical study is still going on to figure out how cannabinoids like CBD and THC affect health and modify biological systems including the immune response.

Research regarding the use of CBD oil for psoriasis

This isn’t to suggest that CBD oil shouldn’t be investigated as a therapy option for plaque psoriasis, which produces dry, elevated, and red skin lesions (or plaques) coated in silvery scales on body locations including the back of the elbows, above the kneecaps, and on the lower back. In fact, preliminary research into how CBD, the non-psychoactive component of marijuana, might help treat eczema and psoriasis shows promise, according to Jordan Tishler, MD, a Boston-based physician and cannabis specialist.

“However, while these studies are generally optimistic,” Dr. Tishler tells Health, “they’re nowhere near definitive.” Some research has proven promising, such as a 2007 study that revealed that cannabinoids, such as CBD oil for psoriasis, inhibited the proliferation and division of skin cells responsible for psoriatic skin rashes.

A small study of psoriasis patients published in 2019 is equally compelling. The study, headed by Italian researchers, found that putting a topical CBD-rich ointment to psoriatic skin reduced psoriasis symptoms. Five psoriasis patients were given CBD ointment twice a day for three months to apply to the afflicted regions of their skin. After that period, researchers determined that the ointment was not only safe and efficient, but it also enhanced psoriasis sufferers’ wellbeing.

What should patients with psoriasis do if they are considering the use of CBD oil for psoriasis? 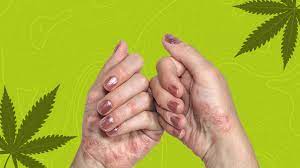 It is necessary to do research. To better navigate the cannabis environment, patients contemplating holistic or alternative medical therapies for their chronic medical issues should have open discussions with their health care physician. Before taking CBD oil for psoriasis, be sure the ingredient listings are transparent and the goods have a strong brand reputation.

The Promising Effects Of CBD Cream For Pain Relief
Comments are closed.