After two years of debate – and almost four hours of discussion Tuesday night – the Vallejo City Council finally made a decision about medical marijuana dispensaries operating within the city of Vallejo.

In a series of four motions, the council first decided in a 5-2 vote to shut down all MMDs in the city – even if they are compiling with the Measure C tax.

In 2011, city voters approved Measure C, which imposes a business license tax rate of 10 percent on the sales of medical marijuana products within the city.

According to a recent city staff report, 11 MMDs were maintaining an active tax certificate out of the 26 known to be operating within the city.

“This is not going to say that we are going to allow them or ban them but close all of them down now, period,” said Vallejo Mayor Osby Davis before the vote on his motion.

“Even if you are going to regulate, we still have to shut them down,” he also said.

Council member Robert McConnell stated that he couldn’t support the motion without more information about the legal ratifications of shutting down all the MMDs.

Then things became more interesting, as Davis followed up with another motion – to ban all MMDs inside the city, with Davis, Bob Sampayan, Pippin Dew-Costa and Jess Malgapo voting to ban.

Seconds after the vote, Sampayan informed the council that he had “erred in his vote.”

“I can’t let you err in your vote,” Davis said to Sampayan. “I will let you vote again.”

The former vice-mayor was the only one to switch his vote, causing the motion to go down in defeat 4-3, with Robert McConnell, Rozzana Verder-Aliga and Katy Miessner also opposed.

Many in attendance clapped loudly to the defeat of the motion, prompting Davis to address the crowd.

“I know you guys are excited but you know it will help us get through and get home if you guys don’t interrupt with applause,” said Davis as the council voted around midnight.

The council then unanimously approved a motion, proffered by McConnell, for city staff to bring recommendations back to the council on the regulation of MMDs inside city limits. The study session is expected to take place during the second meeting in March.

After the motion was approved 6-1, with McConnell opposed, Davis addressed the crowd: “Now you can clap if you want to.”

Prior to deciding the issue of MMDs in the city, the council heard from several speakers, ranging from citizens opposed to the dispensaries, lawyers who work on behalf of MMDs, to owners of MMDs operating inside the city, to property owners, and local religious figures.

Vallejo City Unified School District Superintendent Ramona Bishop also presented on the number of self-reported marijuana use from seventh-, ninth- and 11th-graders within the district.

“When I talk with parents, grandparents, great-grandparents, it is the case that they are concerned,” she said. “In many cases, they don’t know where the drugs are coming from; we deal with it at in our high schools on a regular basis.”

Late in public comment, Vallejo resident Jack Davis spoke about his use of medical marijuana.

“I have heart failure, Grave’s disease, diabetes … I have asthma and six herniated disc in my back and marijuana has saved my life,” Jack Davis said as he addressed the council, leaning on a cane. “I’m just asking for the right to live, as everyone here.”

Davis said that he couldn’t afford other pain medication.

Prior to addressing the MMD issue, the council approved an agreement between the city, the county and the Humane Society of the North Bay for the improvement of animal services inside city limits.

“I just ask you to show the same compassion to me and to others in need as you showed to those poor animals,” he said with his voice cracking with emotion.

According to staff, Measure C did not legalize the zoning of MMDs in the Vallejo Municipal Code and thus, in 2013 the council adopted a moratorium which stated that MMDs are not allowed in any zone of the city and new Measure C tax certificates would not be issued.

The moratorium was extended in April 2014 and was set to expire in April. 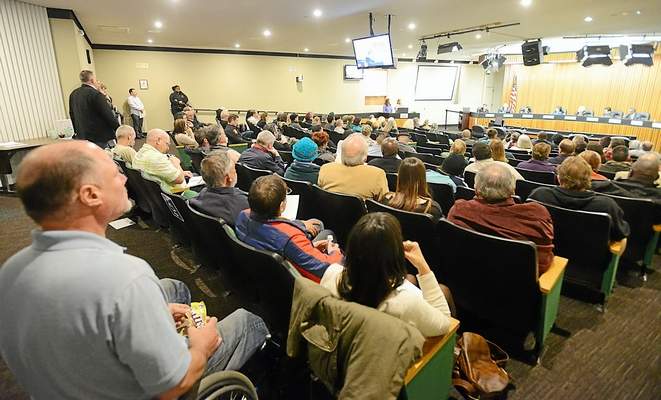 Marijuana Business Seminar – How to Start a Cannabis Business in Oregon