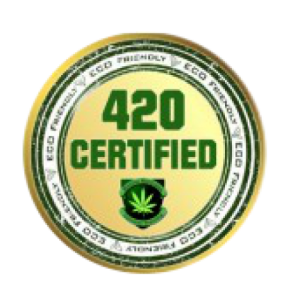 Many people do not know this but, according to People vs Van Alstyne [Crim. No. 25231. Court of Appeals of California, Second Appellate District, Division Three. April 8, 1975.], that “marijuana” and hemp are the same plant. 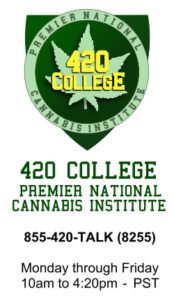 The bill also lets universities to do hemp research and state agriculture departments to do pilot studies.

The omnibus federal farm bill approved by Congressional conference committee negotiators this week and destined to be quickly signed into law includes the Hemp Amendment that was approved by the House last year before the bill blew up over Republican efforts to cut food stamp spending. The final version of the farm bill passed the House Wednesday morning.

Originally introduced by Representatives Jared Polis (D-CO), Thomas Massie (R-KY) and Earl Blumenauer (D-OR), the hemp amendment doesn’t legalize hemp production, but it does allow for research on industrial hemp by universities and state agriculture departments in the 10 states that have approved hemp production. There are two bills pending in Congress that would legalize hemp; they are House Resolution 525, the “Industrial Hemp Farming Act of 2013,” and the companion legislation, Senate Bill 359.

The 10 states that have already passed laws allowing hemp production are California, Colorado, Kentucky, Maine, Montana, North Dakota, Oregon, Vermont, Washington, and West Virginia, and the vote comes as even more states are showing an interest in hemp. Hemp bills have been introduced in 11 states this year, including Hawaii, Indiana, Nebraska, New Jersey (carried over from 2013), New York, Oklahoma, South Carolina, Tennessee, Washington (two bills were carried over from 2013) West Virginia, and Wisconsin.

“Although I strongly opposed the Republican Farm Bill, I was pleased to see that the bipartisan amendment that I offered with Representatives Blumenauer and Massie was included in the final bill that passed the House of Representatives today,” said Rep. Polis. “This common sense amendment will allow colleges and universities to grow and cultivate industrial hemp for academic and agricultural research purposes in states where industrial hemp cultivation is already legal. I look forward to working with my colleagues in the Senate to ensure that this language becomes law.” 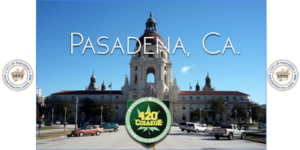 “This is an important victory for farmers, manufacturers, and consumers in Kentucky and across the country. Our amendment paves the way for production of industrial hemp by first allowing America’s academic and research institutions to demonstrate that hemp and the products derived from hemp present a great economic opportunity for our country,” said Rep. Massie. “The inclusion of our industrial hemp amendment in the farm bill reflects widespread support for cultivating industrial hemp and proves Congress can work together in a bipartisan fashion to help the American economy at a time when creating jobs is a national priority.”

“With the U.S. hemp industry estimated at over $500 million in annual retail sales and growing, a change in federal law to allow for colleges and universities to grow hemp for research would mean that we will finally begin to regain the knowledge that unfortunately has been lost over the past fifty years,” says Vote Hemp President, Eric Steenstra. “The American Farm Bureau Federation announced their opposition to the controlled substance classification of hemp earlier this month, and now passage of this amendment means America can get on track to once again become the predominant producer and manufacturer of hemp — one of the most versatile and ecological industrial crops on the planet.”

The hemp amendment was among the few provisions in the farm bill that had not been previously approved by both houses of Congress. That it made it into the final version of the farm bill was a testament to the bill’s support, and to some key supporters, Steenstra told the Chronicle Wednesday.

“Senator Wyden introduced an amendment to the Senate farm bill that was more expansive than the House version, but the leadership limited the votes severely and our provision never got a vote,” Steenstra explained. “That, combined with the fact that Senator Leahy had basically cleared it through Judiciary, allowed it to go forward. But ultimately, Senator McConnell and other conferees spoke up for it.”

Both McConnell and his fellow Kentucky US senator, Rand Paul, have been ardent hemp supporters, supporting legislation both at the state level and now, in Washington.

“This is an important victory for Kentucky’s farmers, and I was pleased to be able to secure this language on behalf of our state,” McConnell said in a statement issued Tuesday. “By giving states the go-ahead to cultivate hemp for pilot programs, we are laying the groundwork for a new commodity market for Kentucky farmers. By exploring innovative ways to use hemp to benefit a variety of Kentucky industries, while avoiding negative impact to Kentucky law enforcement’s efforts at marijuana interdiction, the pilot programs authorized by this legislation could help boost our state’s economy.”

“We think this is pretty significant,” Steenstra said. “It’s an excellent first step to revitalize what was once a proud and significant industry in this country. A big part of our farming economy has been lost, and we have to work to recover it.”

The bill not only allows universities to do hemp research, Steenstra noted, but it also allows state agriculture departments to do pilot studies.

“That is a little bit more expansive than just research,” he said. “The can look into things like marketing and cultivation of hemp, and that’s a significant opportunity for the 10 states where it is legal.”

Steenstra didn’t think inclusion of the hemp amendment in the farm bill would take the oomph out the pending hemp legalization bills.

“We’ve made it very clear, and all of our supporters in Congress understand this, that this is just a first step,” he said. “There are a lot of people anxious to grow hemp, and this won’t really solve that. We will be able to get some crops in the ground and show that hemp is not the boogie man we feared, but commercial farmers still won’t be able to grow it until we get those bill passed.”

Although hemp proponents are careful to draw a bright line between industrial hemp and psychoactive marijuana, the growing national debate over — and acceptance of — marijuana has been a help rather than a hindrance, Steenstra said.

New leadership at the DEA would be a good thing, too, Steenstra said, moaning aloud as he recounted DEA Administrator Michele Leonhart’s comment last week that the low point of her career was seeing a hemp flag fly over the US capitol.

“Of all the things she should be down about, she complains about a flag made out of non-drug hemp fiber,” he said.”We’re hoping a more enlightened DEA head will come in and replace her and bring some sanity to policy over there.”

– Article originally from Stop the Drug War, used with permission.

What To Get The Relief From Severe Pain, Don’t Avoid The CBD Cream
Get A New Lease On Life With CBD Gummies For Pain
The Promising Effects Of CBD Cream For Pain Relief
Can CBD Oil Relieve The Symptoms Of Psoriasis?
Got A Positive CBD Vape Oil Drug Test?