NORML | Why WE MUST Make Peace with FEDS and Pass HR2306

Original posting at NORML | Join & SUPPORT NORML’s WORK for as little as $25!

Latest DOJ Memo Emphasizes Why We Must Pass HR 2306, The Ending Federal Marijuana Prohibition Act Of 2011

On Wednesday the Obama administration for the second time in two years issued a Department of Justice memorandum regarding the state-sanctioned use and production of medical cannabis. However, unlike the release of the 2009 ‘Ogden memo,’ which the administration promoted with great fanfare, the issuance of this week’s ‘Cole memorandum’ is strategically being downplayed by the Justice Department.

As for the content of the memo, which you can read in full here, it’s hardly surprising — particularly in light of the administration’s recent, and highly public threats to lawmakers in states wishing to enact medical marijuana laws or expand upon their existing programs.

Perhaps most notably, the memorandum states that the recent flurry ofintimidating US Attorney letters to state lawmakers are ‘entirely consistent’ with the Obama administration’s position. In other words, the administration is now on record in support of claims made by US Attorneys inRhode Island, Washington, and other states alleging that state employees could be targeted and federally prosecuted for simply registering and licensing medical cannabis patients or providers — a position that is even more extreme than that of the previous administration. (Notably to date, however, no state employee — or for that matter, no state sanctioned dispensary operator — has ever been prosecuted by the federal government.)

The memo goes on to state that the federal government distinguishes between individual medical cannabis patients and third party providers, indicating that it is a poor use of federal resources (rather than a poor use of judgment) to target the former, while indicating that the latter are fair game for federal prosecution. It states:

“A number of states have enacted some form of legislation relating to the medical use of marijuana. Accordingly the Ogden memo reiterated to you that prosecution of significant traffickers in illegal drugs, including marijuana, remains a core priority, but advised that it is likely not an efficient use of federal resources to focus enforcement efforts on individuals with cancer or other serious illnesses who use marijuana as part of a recommended treatment regimen consistent with applicable state law, or their caregivers. The term “caregiver” as used in the memorandum meant just that: individuals providing care to individuals with cancer or other serious illnesses, not commercial operations cultivating, selling or distributing marijuana.”

Finally, the memo acknowledges that there has been an increase in the number of states that have either enacted or are considering enacting state laws allowing for the licensed production and distribution of cannabis to authorized patients. (To date, such state-licensed dispensaries are up and running in Colorado, New Mexico, and Maine; laws permitting such facilities are on the books in Arizona, Delaware, the District of Columbia, New Jersey, Rhode Island, and Vermont.) Clearly, the federal government is not at all pleased with this progress.

“The Odgen Memorandum was never intended to shield such activities from federal enforcement action and prosecution, even where those activities purport to comply with state law. Persons who are in the business of cultivating. selling, or distributing marijuana, and those who knowingly facilitate such activities, are in violation of the Controlled Substances Act, regardless of state law. Consistent with the resource constraints and the discretion you may exercise in your district, such persons are subject to federal enforcement action, including potential prosecution. State laws or local ordinances are not a defense to civil enforcement of federal law with respect to such conduct, including enforcement of the CSA. Those who engage in transactions involving the proceeds of such activity may also be in violation of federal money laundering statutes and other federal financing laws.”

Regardless of how one wishes to interpret the latest memo from the DOJ, one thing is clear. States will never truly enjoy the freedom to experiment with alternative marijuana policies until the federal government is compelled to get out of their way. Only the passage of HR 2306, the ‘Ending Federal Marijuana Prohibition Act of 2011,’ can make that happen.

House Bill 2306 mimics changes enacted by Congress that repealed the federal prohibition of alcohol by removing the federal government’s power to prosecute minor marijuana offenders. It would eliminate the existing conflict between federal law and the laws of those sixteen states that already allow for the limited use of marijuana under a physicians’ supervision. Further, it would permit state governments that wish to fully legalize and regulate the responsible use, possession, production, and intrastate distribution of marijuana for all adults to be free to do so without federal interference.

State lawmakers should be free to explore alternate marijuana policies — including medicalization, decriminalization, and/or legalization — without being held hostage to archaic federal prohibition or the whims of the Department of Justice.

and urge him or her to

Original posting at NORML | Join & SUPPORT NORML’s WORK for as little as $25!

The Star-Ledger in New Jersey published the long awaited ‘clarifying’ memo on medical marijuana last night from the Department of Justice. 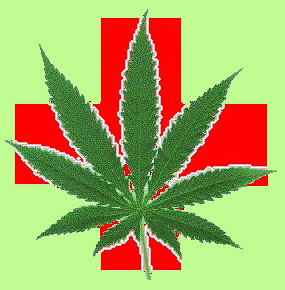 It appears from the letter that the Obama administration’s DOJ is going to continue to walk the fine line between allowing ’self preservation’ for medical cannabis patients (i.e., a patient can possess and cultivate a small amount of cannabis for their personal use) and prohibiting what they call “large scale” medical cannabis cultivation and sales.

But the large-scale growing and scaling activity seen in some states troubles the Obama administration, according to Cole’s letter.

“There has, however, been an increase in the scope of commercial cultivation, sale, distribution, and use of marijuana for purported medical purposes,” according to the letter. “For example, within the past 12 months, several jurisdictions have considered or enacted legislation to authorize multiple, large-scale, privately operated industrial marijuana cultivation centers. Some of these planned facilities have revenue projections of millions of dollars based on the planned cultivation of tens of thousands of cannabis plants.”

The earlier memo “never intended to shield such activities from federal law enforcement and prosecution, even when these activities purport to comply with state law,” according to the letter

How To Get Legal – THIS WEEKEND – Los Angeles