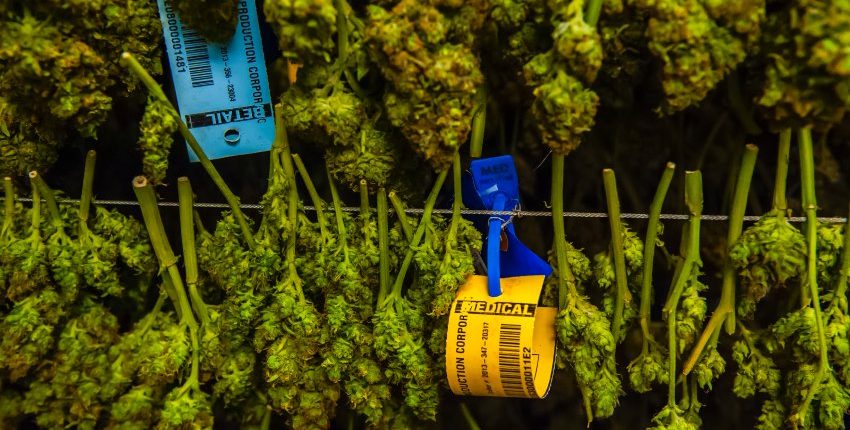 Denver-based LeafTrack is providing its RFID-based tracking system to help producers meet state requirements, track the condition of each plant, and receive alerts if any plant’s health is in decline.

Aug. 4, 2011—Two Colorado suppliers of medical marijuana are employing an RFID system provided by Denver startup LeafTrack, to provide visibility into the health of plants as they grow, as well as to meet the state’s stringent requirements for tracking the drug, from seed to user. The system, which is also being piloted by several other marijuana growers and manufacturers, allows a window into the life and health of each marijuana plant, while also tracking that plant’s harvest yield, as well as its transition to a consumable product purchased by a patient, in a variety of forms, such as incorporated into brownies. Data regarding the medical marijuana can be accessed by the business owner via LeafTrack’s software, as well as by consumers via LeafTrack’s Findmary Web site. Governmental agencies (17 U.S. states and the District of Columbia currently have medical marijuana programs) could also access information from the LeafTrack software.

LeafTrack was founded in 2010 to provide logistics services to the medical-marijuana industry. The organization would pick up marijuana from growers—who plant, grow and harvest the leaves and flower buds—and deliver the raw material to dispensaries that process it into consumable form, and then transport the finished product to stores that sell products to patients. LeafTrack not only transported the raw materials, but also attached bar-coded labels to containers in which the raw materials were packed, in order to help track them. However, says Reid Hanson, LeafTrack’s founder, the company began to see, with the introduction of new state regulations, that the greatest need was in the tracking of the product for businesses and for the state, from its origins as a seed to its sale to a consumer. As a result, the firm exited the logistics business and developed an RFID-based system that medical marijuana suppliers could employ themselves.

Currently, the company is marketing its tracking system to medical marijuana dispensaries and growers nationwide, as well as to businesses that provide other high-value plants that require close tracking during growth, such as saffron.

Medical marijuana is legally produced and sold in a number of states, but is closely regulated by governmental bodies. In July of this year, Colorado’s Department of Revenue issued medical marijuana regulations requiring that the product be tracked from seed to sale, and indicated that the state will eventually require the use of EPC Gen 2 ultrahigh-frequency (UHF) RFID tags, according to Julie Postlethwait, the public information officer for the Department of Revenue’s Medical Marijuana Enforcement Division. She adds that the state is presently working with Franwell, a provider of track-and-trace technology, to develop an RFID system that may be completed by early next year. At that time, Postlethwait explains, the state will create regulations regarding how the UHF RFID system would need to be implemented and used. It is possible, she notes, that Colorado may recommend specific RFID systems, or sell tags itself. “Until that time,” she reports, “the department doesn’t recommend substantive purchases of technology [in an attempt to meet new requirements] prior to the rules and regulations being issued.”

Growers have traditionally provided information about their plants to Colorado authorities via paperwork, and the state also conducts periodic inspections, at which time an inventory of the product may be taken. After the marijuana was harvested, the raw material was often transported to another party that processed and sold the product. Colorado’s new regulations, however, dictate that 70 percent of the product supplier’s inventory on hand must be made from marijuana grown by that same company. The two product providers that are presently utilizing the LeafTrack system are altogether tagging approximately 60,000 plants per four-month cycle, and are serving up to 10,000 customers. LeafTrack’s customers have asked to remain unnamed.

With the LeafTrack system, when seedlings reach several weeks of age, each plant’s description (condition and date of planting) and ID number are entered into the LeafTrack software, so that they can then be tracked throughout their lifetime. LeafTrack designed a plastic strip—similar to the RFID wrist or ankle bands used on infants in some hospital nurseries—with an embedded EPC Gen 2 RFID inlay from SK&T Integration. The front of the band, supplied by Precision Dynamic Corp. (PDC), is printed with the RFID inlay’s unique ID number in text and bar-code form, for those without RFID readers. A band is wrapped around each plant’s stem, and the tag’s RFID and bar-code numbers are scanned and linked together in the system, by means of an Intermec CN3 handheld computer with an IP30 RFID reader and running LeafTrack software, in order to manage the read data and forward that information to the back-end system.

Up to 99 plants will be grouped in a batch, Hanson says, representing seeds planted at the same time. Marijuana plants are grown in greenhouses and require a great deal of care as they grow, he explains. Not only do they need plenty of warmth and light, they must also be protected from insects and molds. Some bug infestations, if attacking a plant, can spread to other plants in the same batch within 24 hours, thereby potentially destroying dozens of plants or more in little time. Each plant is valued at approximately $500, so the loss of even a single plant can potentially damage the company’s profits. For that reason, the software is set up to immediately issue alerts if problems are detected with regard to any single plant, in the form of e-mails sent to management.

The plants are typically inspected once weekly, or more frequently. When an employee inspects the plants, or provides nutrients to their soil or water, he or she waves the Intermec reader over all of the plants and determines, initially, if all plants are accounted for in the batch. If that is not the case, the reader’s display indicates which ID numbers are missing, and the inspector can decide to read the tags once more, or send a notification that a particular plant is missing. If the employee finds that one or more plants is infected or otherwise unhealthy, he or she can read the plant’s tag ID, input details regarding the problem and take a photograph of the afflicted plant with the same device. The plant’s picture, details and ID are forwarded via a Wi-Fi or cellular connection to the software residing on the user’s back-end system, which then sends an e-mail message to the authorized manager.

In addition, LeafTrack can provide sensors that detect changes in temperature, light, soil pH level and other factors that could influence a plant’s health. These wired sensors, installed in each greenhouse, upload data to the LeafTrack software, and the system can e-mail an alert if conditions become unhealthy for the plants. The company is also testing wireless solutions in which sensors could be built into a single device, with RFID transponders to provide individual sets of sensor data for each plant, in order to track conditions throughout the greenhouse. For example, Hanson says, if repositioning a fan—which may be used in the greenhouse to disperse warm air—by 45 degrees could increase a single plant’s yield, the growers would benefit from having such information.

During harvesting, each plant is placed within a container (there are typically 16 or more containers for each plant, varying in size from that of a D battery up to one gallon in capacity). An adhesive RFID tag (also provided by SK&T Integration) is attached to each container and read, thereby marrying each plant tag’s ID number with the product container tag ID in the software. The plant containers are then moved to the processing area, in which they are either baked into another product to be eaten, or are processed for smoking. Each product is then packaged, and another RFID tag is attached, containing the ID number printed on the front in text and bar-code form. That tag is then married to the container and plant IDs.

LeafTrack’s Findmary.com Web site allows consumers to input the ID number printed on the RFID label, and to view information about the product that could include everything from the plant’s history, as well as any pesticides that may have been used on that plant, to the volume of marijuana contained in the product, and whether any other ingredients, such as eggs, are organic in nature. (All of this data is provided by the products supplier.)

Moreover, the company reports, data can be shared with state agencies to provide a view into each plant’s history, indicating how it is grown, processed and sold.

In the future, Hanson says, Colorado plans to set up its own database to store details pertaining to each plant and its harvest. However, he notes, the LeafTrack software can forward data directly to that database, as necessary.