Medical marijuana advocates praised the budget provision as an important step to protecting medical marijuana businesses and patients who are operating legally under state law.

“Congressional leaders seem to have finally gotten the message that a supermajority of Americans wants states to be able to implement sensible marijuana reforms without federal interference,” said Tom Angell, head of the pro-legalization Marijuana Majority. “This legislation greatly reduces the chances that costly and senseless DEA raids will come between seriously ill patients and the doctor-recommended medicine they need for relief.”

But the budget bill also blocks legalization in DC

The budget bill will likely block a voter-approved marijuana legalization initiative in Washington, DC. The bill “prohibits both federal and local funds from being used to implement a referendum legalizing recreational marijuana use in the District,” according to a summary from the House Appropriations Committee.

“While some of this may have to do with the distinction between medical marijuana (in the case of the amendment concerning states) versus outright legalization (as in DC),” Angell said, “I think that much of it stems from a general lack of respect for Washington, DC, that Congress has long displayed.”

Under the Home Rule Act of 1973, DC voters elect their own mayor, council, and other government officials. But DC can’t elect voting representatives to Congress. And federal lawmakers can block any of DC’s laws and guide policy through budget provisions.

(Read more: 6 questions about Washington, DC, statehood you were too disenfranchised to ask.)

Seminar – How to Start a Marijuana Business in Oregon 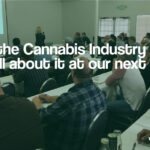 The hot burning questions of cannabis industry of 2021