Los Angeles County supervisors voted Tuesday to extend by one year a temporary ban on medical marijuana cultivation and distribution in unincorporated areas.

The vote came ahead of a possible statewide vote to legalize recreational marijuana and over the objections of medical marijuana patients and growers.

The county put in place an initial 45-day ban earlier this year and then extended it by another month. County planning officials said the moratorium was needed so they can study how to regulate the marijuana industry.

Medical marijuana advocates and patients urged the board not to extend the ban and instead to focus on regulating the industry.

North Hollywood resident Maria Vera Moran said she uses edible marijuana to manage the pain from flare-ups of lupus and relies on delivery services to get it because her condition makes her unable to drive.

“To force these businesses outside of Los Angeles is shortsighted and ignores so many benefits they provide to patients just like me,” she said.

Supervisor Sheila Kuehl, who cast the lone vote against extending the ban, said the move is “pretty much kicking the can down the road…until we see what the voters of California do in November.”

The statewide Adult Use of Marijuana Act would legalize recreational pot use, allowing those 21 and older to possess and use up to an ounce and grow as many as six plants.

It was not immediately clear how a statewide vote to legalize marijuana would affect the county’s ban.

Kuehl asked that county staff work on putting together a set of regulations that can be put in place before a change in state law takes effect, including environmental requirements for growing the crop.

“In terms of outdoor cultivation, I don’t see treating this crop any better or worse than any other grown outdoors,” she said.

Despite passing the moratorium, supervisors have also been mulling the idea of floating a local ballot measure that would tax marijuana sales to raise money for efforts to reduce homelessness. Supervisor Mark Ridley-Thomas asked county staff to research how a tax on a “cash-based” business like marijuana sales might work. 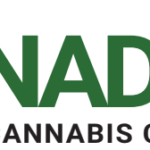