With the governor’s signature Monday on the Compassionate Medical Cannabis Act of 2014, Florida became the 22nd state in the nation — not counting the District of Columbia, which is also on board — to pass legislation supporting the use of marijuana for medicinal purposes.

Senate Bill 1030 and 1700 were both signed, approving the medication and protecting patient information in the compassionate use registry.

SB 1030 — nicknamed “the Charlotte’s Web bill” — had overwhelming support of Florida citizens, Gov. Rick Scott and the Florida Legislature. It passed overwhelmingly in both chambers — 111-7 in the House and 30-9 in the Senate.

Scott said, “As a father and grandfather, you never want to see kids suffer. The approval of Charlotte’s Web will ensure that children in Florida who suffer from seizures and other debilitating illnesses will have the medication needed to improve their quality of life. I am proud to stand today with families who deserve the ability to provide their children with the best treatment available.”

Katie Edwards, D-Plantation, the bill’s co-sponsor in the House, quickly issued a statement expressing hope the bill can be a bright and exciting beginning for Florida.

“I am thankful that the governor has signed the Compassionate Medical Cannabis Act of 2014 into law,” Edwards said. “Florida has the opportunity to lead in the research and development of scientific breakthroughs from cannabis-derived therapies.”

She said, “By partnering with our universities, physicians, scientists, and patients, I believe that we are establishing a framework to bring expedited research to the masses so that more patients, not only here in Florida but across the globe, will have access to new therapies that are safe and effective.”

The Compassionate Medical Cannabis Act allows certain patients with seizure disorders, severe and persistent muscle spasms, or cancer to access low-THC cannabis with a recommendation from a licensed physician. The Act also allocates $1 million for research of cannabidiol and its effect on intractable childhood epilepsy. 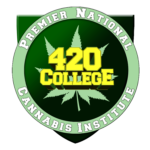 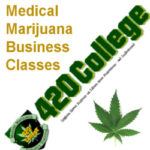